Presenteeism is a major problem in workplaces across the country, with significant financial consequences. Improve employee health to avoid presenteeism.

The average employee spends roughly 40 hours a week in their office. This environment should be a healthy space to work in, kept to the highest standards of health and safety. Reports show that office spaces can contain some of the highest amounts of germs and bacteria and have considerably poor air quality. What is an even more startling factor in workplace health is presenteeism. Rather than staying home when feeling sick or distracted due to personal matters, employees who come to work anyways increase the risk for spreading illnesses and cost companies a substantial financial toll in lost productivity.  This behavior is referred to as presenteeism and is common in workplaces across the country.

The Cost of Presenteeism

In contrast to absenteeism, which is fairly quantifiable for a company, presenteeism is more difficult to measure, despite costing companies significantly more than the former. Depending on the workplace, there are varying factors as to why employees show up when they ideally should not:

According to a study reported in EHS Today, presenteeism accounts for more than $150 billion in the total annual cost of lost US productivity. The same study revealed that employees experience roughly 1.32 hours a week in reduced performance due to illness or personal stress. Not only does this affect a company’s bottom line, but it also impacts the quality of work an employee can produce and their chances for advancement. 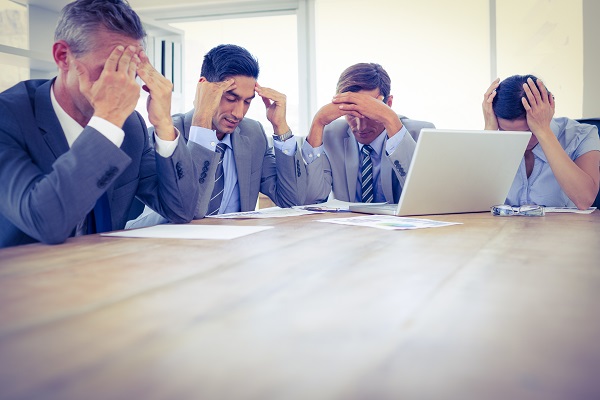 Absenteeism is often linked to more acute illnesses and conditions that can require hospitalization, but presenteeism can be harder to address. As mentioned, this can be difficult for an organization to measure and understand. If the amount of sick days a team takes are low, it is generally perceived that staff is healthy.

Some of the most common health conditions associated with presenteeism include allergies, asthma, migraine headaches, fatigue, back/neck pain, and depression. 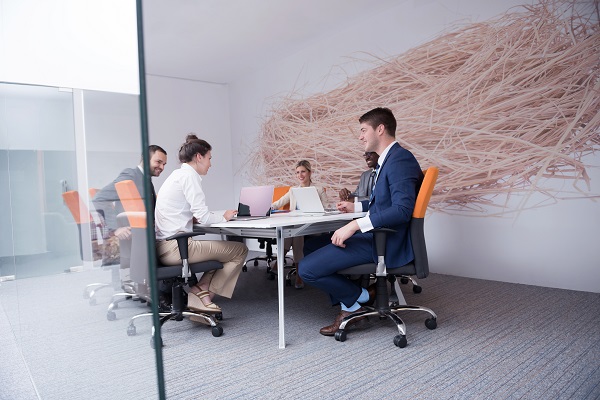 An efficient way to reduce presenteeism is to improve the overall health of employees. There are countless ways to do this, as employee engagement and corporate wellness programs have gained popularity over the years. Considering the health of employees while they are in the office is critical for employers to keep in mind in regards to employee health and company success.

With this in mind, air quality should not be overlooked as a major contributing factor to workplace illness. Studies around the world have reported that poor office air quality has a significant impact on an employee’s health and productivity levels.

Improving indoor air quality in an office environment with the right products is a step in the right direction for reducing presenteeism. 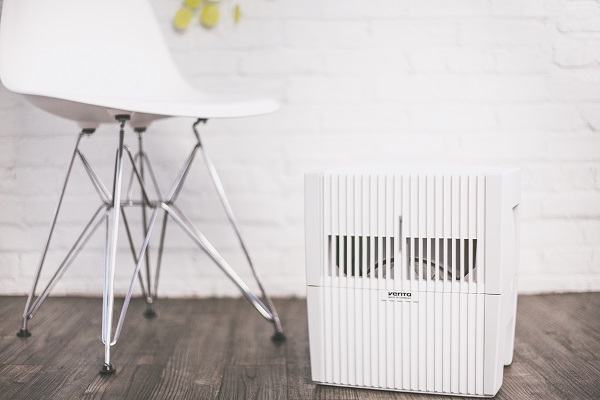 Room humidifiers like the Venta Airwasher can help reduce presenteeism by adding necessary moisture to the air. The Airwasher exceeds most other humidifier operations because it is efficient in evenly humidifying an indoor space. While traditional humidifiers use a forced moisture method, releasing moisture in the form of hot steam or cool mist, the Airwasher uses a process called Cold Evaporation. This ensures there is no over-humidification, which prevents the buildup of mold from happening.  This process also helps to remove airborne pollutants from the air, acting as a dual humidifier and air purifier.

Through the cold evaporation process, the Airwasher’s fan draws dry, dirty room air into the unit. Rotating cylinders called Disc Stacks trap pollutants down to 10 microns in size. These tiny airborne pollutants like allergens, dust, and hazardous ultra-fine printer toner particles, remain in the unit’s water basin. Due to the Airwashers’ evaporative humidification operation, only pure, moisturized air is released back into the air. By humidifying and purifying indoor air, the Airwasher corrects problems associated with both dry air and pollutant-filled air.

The dual efficiency of the Airwasher makes it the best choice for office and workplace environments. For those suffering from debilitating allergies, the Airwasher is helpful in providing allergy relief. With adequate, even humidification, the Airwasher helps to remedy dry air problems like headaches, dry nasal passages, and dry, irritated eyes. Exposure to dry air can eventually lead to colds and greater susceptibility to catching the flu.

It is no secret that the air quality in offices across the country is a serious issue, as millions suffer from “Sick Building Syndrome.” By improving the indoor air quality with humidification and purification, employees are on their way to healthier, more productive workdays and less presenteeism.