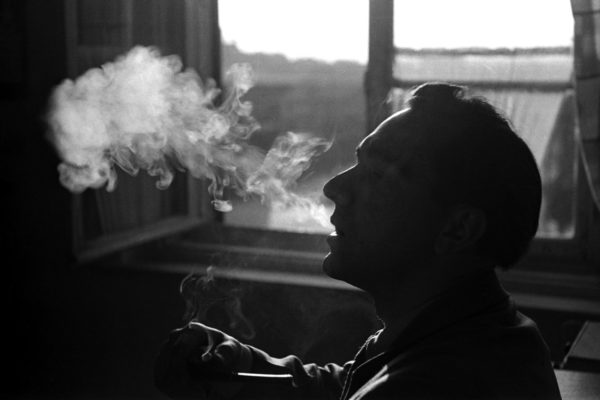 The effect of smoking indoors goes beyond walls, carpet, and furniture.

Most people can sense odors and residue that linger in the furniture, curtains, carpets, and even walls of the home or office of a smoker who lights up indoors. Not only is this dangerous for the person who resides or works in such a space, but this secondhand smoke exposure can lead to health problems for non-smokers, children, pets, and especially those with advanced breathing difficulties. Not only that, cigarettes are one of the most common causes of fires in the home. 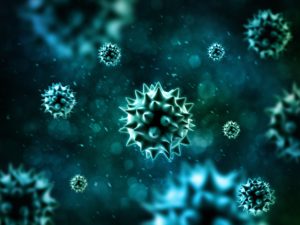 Tobacco smoke residue can remain in walls, fabrics, and ventilation systems for years even after no one has smoked in a given space. The toxic chemicals found in nicotine can be reactivated indoors with the ammonia emitted from breath, skin, or cleaning products, as well as high humidity and temperatures. Such chemicals can attach to particles as they travel through the indoor air. When someone smokes indoors, whether it be a home, office, hotel room, vehicle, or other common space, they are putting anyone who shares the said space at risk of thirdhand smoke exposure. 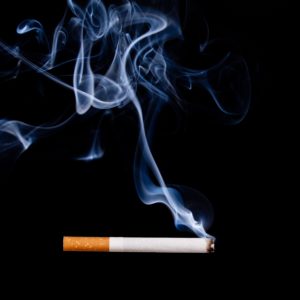 The dangers of secondhand smoke have been well documented for years. California became the first state to legislate a statewide smoking ban in 1995. Since then, 25 additional states have implemented a statewide ban on smoking in all enclosed workspaces, bars, and restaurants, with many of the remaining states having some form of ban in place with exemptions. Further, many establishments do not allow tobacco use within a certain amount of feet from entry doors.

As of July 31, 2018, the US Housing and Urban Development (HUD) banned smoking in every one of the 1.3 million public housing units across the nation. In addition to prohibiting smoking indoors, the ban also protects public housing residents from secondhand smoke by restricting smokers from lighting up a cigarette 25 feet from public housing units, as well as administrative office buildings. 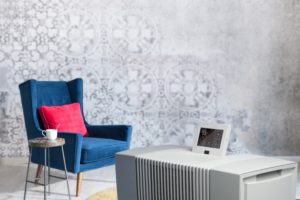 If you or someone you know does continue to smoke indoors, our LP60 Series Air Purifiers can eliminate tough tobacco odors from the air. The beyond-HEPA filtration standards VENTAcel Filter is powerful enough to remove indoor air pollutants down to 0.07 microns with a total filtration capacity of more than 99.95% efficiency.

Our active charcoal carbon filter, the VENTAcarb Filter, takes odor removal even further by eliminating even the toughest smoke odors from prolonged use of cigarettes or cigars indoors. Add the LP60 Air Purifier to any indoor space to eliminate stubborn smoke odors.

**The contents of the Venta blog are intended for informational purposes and are not intended to replace the advice of health and medical professionals. Always refer to your physician or other qualified healthcare professional for questions or concerns you may have about your health and wellness.