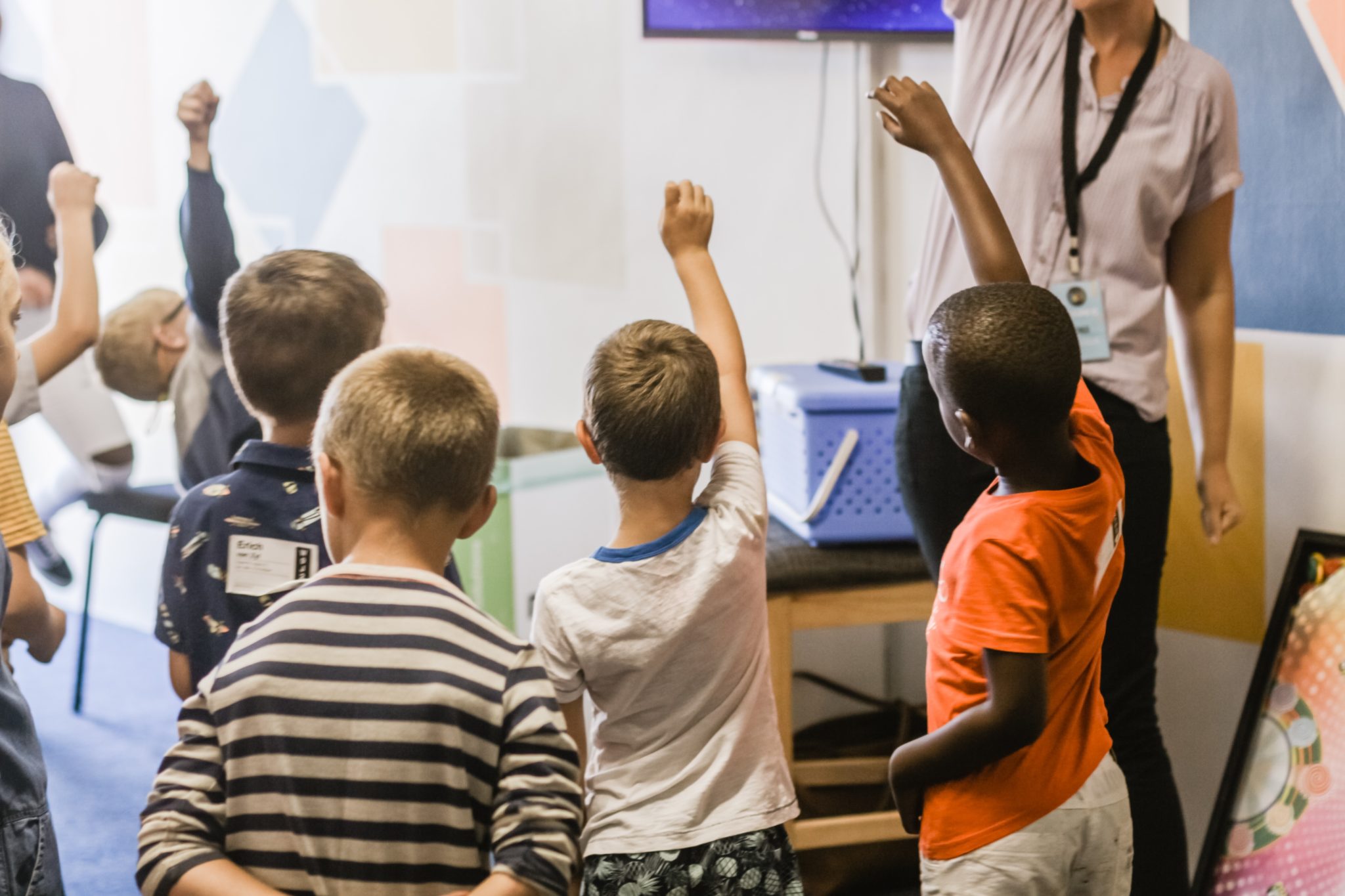 With plenty of research and studies on air quality’s effect on office work performance, shouldn’t we be focusing on our classroom environments too?

It’s a hot topic: cognitive function and air quality. Several studies have been conducted to show work performance varies when indoor air conditions are changed. Overwhelming evidence revealed that air quality does indeed affect one’s ability to function and work to the best of their ability.

Young students may be less likely to comment on classroom environment and air quality, but teachers absolutely believe it makes a difference.

According to the EPA, “Nearly 80 percent of teachers responding to a survey in Chicago and the District of Columbia reported that school facility conditions were an important factor in teaching quality.” When it comes to school facility conditions, there are several factors to take into consideration that can affect one’s ability to perform at their best. Some of the factors that often come up in conversation when talking about health in schools include mold and dampness, proper ventilation, HVAC maintenance, and temperature.

Kids and teachers are more likely to experience illnesses and miss days of school when they are exposed to poor indoor environmental conditions daily. Many schools across the country are not up to date when it comes to their ventilation systems. HVAC systems that are not regularly maintained have a harder time circulating indoor air, leaving students and teachers to spend an average of 175-180 days a year in unhealthy environments.

Many schools across the nation are older buildings, which often have ventilation problems, causing complaints of “stuffy air” and feeling either too hot or too cold. An HVAC technician that works specifically in schools, Justin Krause from Kitsap, Washington says just how important it is to keep schools and their HVAC systems maintained, “Without proper air circulation, particulate matter in the air — such as dust, mold, animal dander, and chemicals — can cause allergic reactions, especially in children, who breathe a greater volume of air relative to their body weight.”

Teachers and students often find themselves catching a cold upon returning to school after the summer break, due to the poor air quality and ventilation in their classrooms. With regular maintenance, sick days could be avoided at the beginning of the year.

Excessive humidity and moisture leading to mold growth in schools and classrooms happens in older buildings or buildings that don’t get regular maintenance work done. Mold doesn’t often cause immediate health concerns, but with long-term exposure, allergies can develop and asthma attacks can occur.

Kids who are prone to asthma attacks are more likely to miss days of school and even be hospitalized due to mold in their schools. One student, a third-grader from Connecticut, missed 10 days within just the first 3 weeks of returning to school after summer break. It was later determined that the cause of the student’s illness was related to mold exposure in his classroom, provoking the allergy and asthma attacks. Feeling sick and lethargic at school, he was considerably more energetic and active once out of the classroom. The same report detailing this student’s health concerns drew several other conclusions that air quality due to excess humidity and mold growth in schools directly impacts the students and teachers:

Studies have estimated that a third or more of U.S. schools have mold, dust and other indoor air problems serious enough to provoke respiratory issues like asthma in students and teachers. A national survey of school nurses found that 40% knew children and staff adversely affected by indoor pollutants.
Indoor air affects more than health. A growing body of research suggests students also perform better in schools with healthier air. If you get an unhealthy building, you’re not going to have a successful school. Asthma is the number one chronic illness that keeps kids out of school, and it’s growing. About one in 10 children in the United States now has asthma, which causes them to miss an average of four days of school a year, according to the Centers for Disease Control and Prevention.

Excess moisture and mold spores are common issues in schools due to the lack of tools and resources allocated to treat these kinds of problems, typically because of budgetary concerns. Old school buildings begin to deteriorate over time and are often overlooked when it comes to maintenance and upkeep.

Temperature is another key factor that determines classroom comfort for students and teachers. In general, indoor temperatures in the low to mid 70 degrees (F) is a comfortable level for productivity. A study measuring the impact of temperature on student performance found that when a room was set to 61, 81, and 72 degrees (F), students performed the best at 72 degrees, while they were negatively impacted at 61 and 81 degrees.

While most schools have efficient heating systems, it is still fairly common to find schools that do not have air conditioning systems. You know the feeling when you become tired and unproductive when it’s too hot and stuffy indoors? The same feeling happens to kids when they’re trying to learn in hot classrooms, impairing their ability to function and learn. Teachers suffer as well and find it difficult to get their students to focus on these conditions.

If this is the case, why are schools still putting priorities elsewhere instead of creating optimal conditions for learning?

A public school teacher from NYC recounts her experience and views on the air conditioning-less state of schools across the country in a poignant New York Times piece:

My first year as a public school teacher, I taught at Manhattan’s P.S. 98, which did not have air-conditioning. From mid-May until June’s end — roughly 17 percent of the school year — the temperature in my classroom hovered in the 80’s and often topped 90 degrees.

Students wilted over desks. Academic gains evaporated. Even restless pencil tappers and toe wigglers grew lethargic. Absenteeism increased as children sought relief at home or outdoors. By day’s end, my hair was plastered to my face with perspiration.

It seems obvious: schools need to be cool. It’s absurd to talk about inculcating 21st-century skills in classrooms that resemble 19th-century sweatshops.

Air-conditioning is, in fact, so pervasive in American offices that a common complaint among workers is not that cubicles are too hot but that they are too cold. It isn’t just white-collar laborers who work in cool climates. Amazon announced last year that it was spending $52 million to upgrade its warehouses with air-conditioning. Yet we can’t seem to do the same for vulnerable children, though some of the achievement gap is most likely owing to a lack of air-conditioning. One Oregon study found that students working in three different temperature settings had strikingly different results on exams, suggesting that sweating a test actually undermines performance.

Students who enjoy the luxury of air-conditioning may enjoy an unfair advantage over their hotter peers.

We are also investing enormous sums to extend the school day and school year in many locales. But these investments won’t be effective if schools are ovens.

Similar plans have been put into place in other cities such as Baltimore, where millions of dollars have been allocated to ensure classrooms receive AC. It is a step in the right direction for many of these districts seeking to create healthy learning environments says Baltimore school official Roxanne Thorn-Lumpkins:

I have a number of students who have asthma. I have staff members who have COPD and other health-related issues. This is exciting for them. It’s a new day in Baltimore City schools, and we are glad we were able to manipulate our budget in such a way that we are able to give our students exactly what they and their parents need them to have to come to school every day.

With a warming planet, temperatures are getting hotter and periods of warmth are getting longer. It’s in everyone’s best interest to make the healthy air quality in the classroom’s a priority. Our teachers and students deserve the best conditions, no matter where they are or what socioeconomic status they are.

Are you a teacher and have dealt with difficult teaching conditions in your classroom? Have your kids ever complained about their school conditions? What action has been taken to change these situations? Let us know!